Olof Grafström (1855 – 1933) was born in Attmar, Medelpad, the son of a well-to-do farmer. In 1875 he was admitted to the Academy of Fine Arts in Stockholm, where he became a protégé of Per Daniel Holm and was considered one of his most promising students. He graduated in 1882 as an accomplished landscape painter. During his years at the academy Grafström was a contemporary and friend of Swedish artists such as Anders Zorn, Bruno Liljefors, Richard Bergh, and Johan Tirén. He went on a summer tramping adventure in north-central Sweden with Anders Zorn in 1880, and the following summer visited the Oviken Mountains in Jämtland with Johan Tirén. He also spent time around Torneå and Luleå in Swedish Lapland. He exhibited during his student years, and a motif from Lapland was purchased by King Oscar II.

Olof Grafström immigrated to the United States in June 1886, travelling directly to Portland, Oregon. The following year he met—and became a close friend of—the Swedish-American journalist and pioneer Ernst Skarstedt who had arrived a year earlier. In 1887, at the city’s Mechanics’ Fair, Grafström’s painting A reindeer scene in Lapland, won a “Grand Silver Medal” and secured his standing as one of Portland’s leading local artists. Numerous commissions and sales followed for the productive artist, including work as a fresco painter. Unfortunately, none of Grafström’s Portland murals have survived. In September 1888 Ernst Skarstedt’s wife suddenly died of typhoid fever, and when Skarstedt started writing a book about their life together, Olof Grafström contributed most of the illustrations. Grafström is also a contributor in Skarstedt’s later volume Vagabond och redaktör (1914) [Vagabond and editor].

In June 1890, after a four-year residency, Olof Grafström left the city of roses and moved to Spokane Falls, as it was named at the time. Then, in 1893, after spending some time in California, he accepted a teaching position at the art department at Bethany College in Lindsborg, Kansas. He remained at Bethany College until 1897, when he moved to Augustana College in Rock Island, Illinois. He taught there until 1926.

Throughout his teaching career Grafström continued as a landscape painter, and he also painted around two hundred altar paintings for Lutheran churches across America. In 1928 Olof Grafström returned to Sweden and settled in his native province of Medelpad. He died in Stockholm in 1933.

The whereabouts of the original drawings used in Skarstedt’s holograph Vid hennes sida (1890) are, as far as we know, unknown. All the images reproduced here are digitally restored from the book, and the traces of the double reproduction process remind us of the fact that they are indeed copies of copies. Four drawings have been published previously in Swedish Oregon (2008), compiled and edited by Lars Nordström. 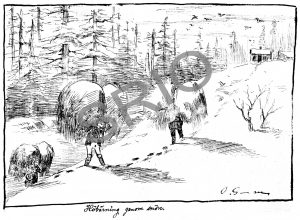 Carrying Hay in the Snow 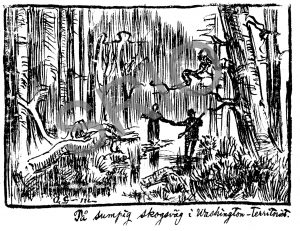 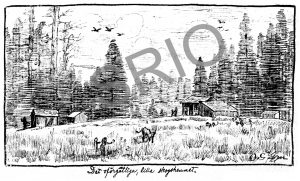 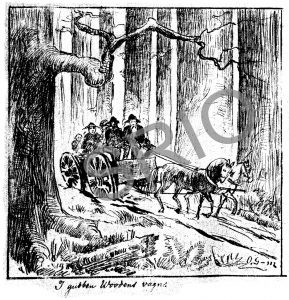 Going to visit the Skarstedt family 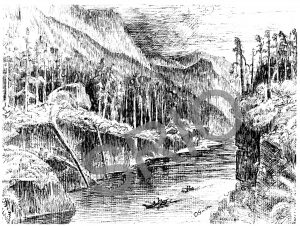 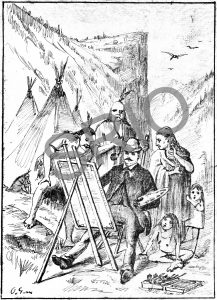 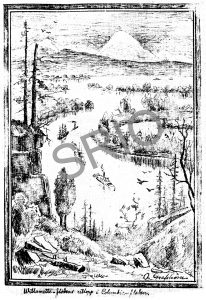 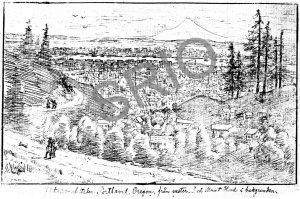 View of Mt Hood from Portland 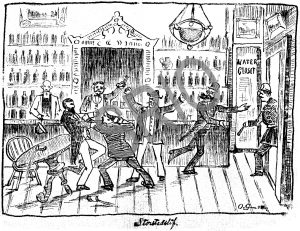 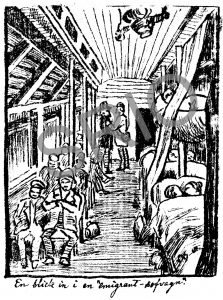 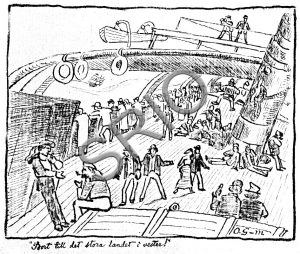 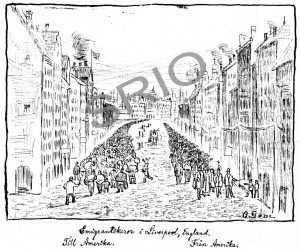